The HBCU Power Awards has announced that actress, singer-songwriter, director, and philanthropist Jada Pinkett Smith will receive the “Icon Award” on the evening of excellence on Friday, October 20, 7PM at Morehouse College in Atlanta.

Smith began her acting career as the feisty “Lena” from the 80s sitcom “A Different World,” a show that brought HBCU life to tv screens across the country 30 years ago. Since then, Smith has curated a successful career in film and music while giving back to the community through the Will and Jada Smith Family Foundation. 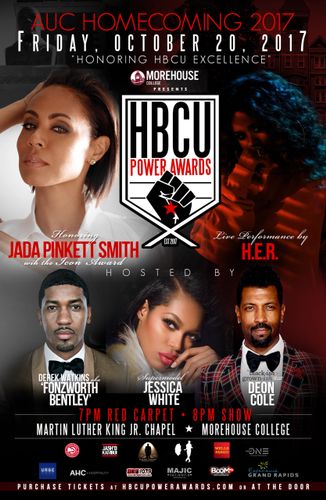